- September 20, 2009
Several years ago when my kids were teens we went to Disneyland for a family vacation. We had a lot of fun riding on the various rides and at the various attractions. That particular year there was a new attraction in the World of Tomorrow. It was pretty interesting and the way it worked was kind of like the Discovery Museum where you can walk around to each attraction and participate.

While in that section I saw an attraction that looked fun. It was one of those simulation type of rides - it was a motorcycle with an attached pair of binoculars that viewed a screen. The screen showed the various roads, hills, and curves, and the motorcycle simulated the motion. I walked into the attraction, climbed on a motorcycle and enjoyed the ride...no big deal, right?

Well, no - it was a big deal because apparently this particular ride was one for which people were waiting in line - and the attendant at the ride was supposed to make sure that every rider was safely secured on the ride. When the ride was over the attendant came up to me and scolded me (which was my first clue that I had done anything wrong) and told me that my actions put his job on the line! Wow, I felt bad, but I had no idea.

At the same time, my husband and kids were all in line waiting to ride on the ride I had just trespassed. They were not watching the ride, but apparently there were others in line that were and they started laughing, pointing, and saying things like, "oh no! do you see that lady - she is just getting on the ride from the exit!" "What in the world is that lady doing? did she just go in from the exit?" Needless to say, when my family looked and saw it was me, they were embarrassed and not ready to admit they were with me.

When I got off the ride and met up with my family, they told me all that had happened. I was ready to go and wait in line and tried to encourage them to do the same, as it was a fun ride, but they wanted to get as far away from there as possible. People had just witnessed my behavior and had deemed that I was a zany lady, entering a Disneyland ride from the exit and doing my own thing. In fact I am pretty sure that some people were staring at me for my behavior. I promise I was completely innocent!

Now I told every side of the story to show how differently things can be viewed. To me, I just entered an attraction and participated as I had with all the other attractions in that area. To the attendant I was a defiant lady that wanted to do my own thing even if I got someone fired from their job, and to the people waiting in line I was just a zany lady. Too often we make decisions or judgments without hearing the whole story. Moms rashly punish their children without hearing both sides (or if you have more kids there may be more than 2 sides), teachers often assume that the class clown is guilty... people make judgments without knowing all the facts. We can avoid this if we'll take heed to Ecclesiastes 12:13 which says, "Let us hear the conclusion of the whole matter:"

I know that there were times that I punished the wrong child because I didn't know all the facts - and mom, if that happens, be sure to apologize to your child and seek their forgiveness - that will help your children in the future to admit when they are wrong. Before you pass judgment, or make decisions, hear the conclusion of the whole matter. It may save you from doing the wrong thing.

The verse I quoted above also has a conclusion - the verse in its entirety says, "Let us hear the conclusion of the whole matter: Fear God, and keep his commandments: for this is the whole duty of man."  Ecclesiastes 12:13  If we want to fulfill our whole duty - we need to fear God and keep His commandments.

Have a wonderful day! 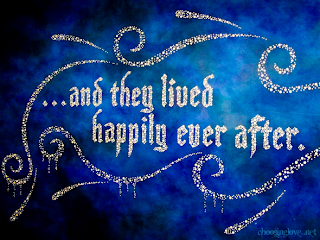 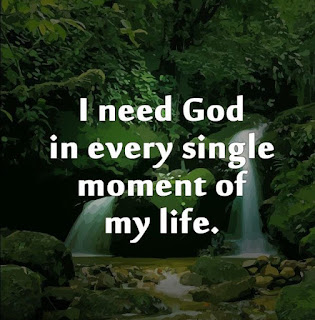